There is No Such Thing as Global Warming

There is No Such Thing as Global Warming 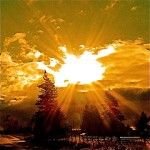 I know that I will get some environmentalist upset by this title, so I will apologize in advance. I think I am just very angry by the fact that it’s April 21st, and it’s COLD! I mean, it’s almost winter weather cold. I find this to be pretty unacceptable.

Living in the North East, I always heard how wonderful it is to have 4 seasons. That’s what the North Easterner’s boast about! They’ll say “I could never move out of the area. I would miss the 4 seasons”. But I got to tell ya…we don’t seem to be having 4 seasons anymore! I’ll go as far as saying that we only have TWO seasons. Summer and Winter. And the majority of those two seasons I have to believe falls to Winter, so this is when I have to ask….Should we really be worrying about global warming?

Personally, I think it’s actually getting colder year after year. This year, the cold set in at the end of October, and so far it seems to be continuing through April. What is that about? 7 months of cold?? That’s over half the year! So what now? We get a week or two of mild weather and then we jump straight into the hot summer days. Personally I would be happy with the 3 seasons. Spring, Summer and Fall, but it looks like Winter is dominating.

So this post is really just a rant about my hatred for the weather we are currently having. I have never really lived anywhere but the North East, but do you think that the weather has been changing elsewhere too? Feel free to comment here about anything weather related. I know there is nothing I can do to change it, but sometimes it just feels good to complain!