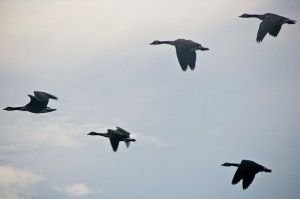 As you know, we recently traveled to Vermont with another couple. This meant that we were up for a little bit of a car ride. The trip there, which should take 4 1/2 hours took 6 1/2, but thankfully, on the way home we hit little to no traffic and made it home in the anticipated time. This meant some speedy driving on our friends part (don’t worry nothing dangerous), and during this drive he decided to inform us of “speeding etiquette” which we had never heard of. Therefore, I was asked to reach out to you my dear readers to find out if his theory is just crazy, or if it’s something others have actually heard of? I personally am going with the former…but we’ll see what happens!

The theory goes like this. If you have say 2 cars (who don’t know each other) all going 10-15 miles over the speed limit on the highway, that each car should take turns accepting the risk of being pulled over by taking the lead. As you know, a cop most likely will pull over the person going the fastest. So this theory would allow for your odds of being pulled over to drop. If you are in the lead, you drive for a period of time, then pull over to the right lane and allow the next speeding car to pass you. They would then take the lead, and do the same. This is what we called “The Flying V” (after my friends last name). We called it that because when I lovingly mocked my friend, I told him that no one would CHOOSE to take the risk. I then said that it isn’t like a flock of geese all taking turns at being the tip of the V. They were all working towards a common goal of travel. On the road, why would I care if another car got pulled over? Why would I voluntarily take that risk? Am I a bad person?

My friend believes that this “etiquette” exists and that people know about it. I personally think that he made it up. What do you think? Would you voluntarily take the risk? And if you did take the lead, do you think any other car would take turns with you as you drove? Do you partake in the “Flying V”?