Playground Drama: Only Gets Worse From Here

Home/motherhood/Playground Drama: Only Gets Worse From Here
Previous Next

Playground Drama: Only Gets Worse From Here 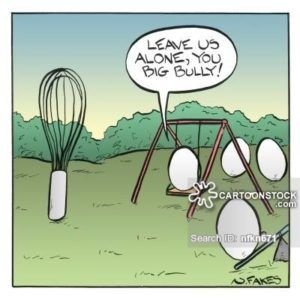 This summer my son went to a town camp that met 5 mornings a week. It’s nothing fancy, but it’s a way to get him out and socializing with friends and playing. I’m not 100% sure what goes on at camp because getting information out of him is like pulling teeth, but I do gather that they go out and play on the playground…..great! What’s not so great is how things go down on the playground. It’s when you pick them up and hear stories about what other kids do, the foul language, and the pushing and the scraped knees. All things that are pretty normal for playground behavior. THEN, you hear from the teacher that your son was bullied and was pushed down by a big kid on the playground….then you worry. It’s natural. But the more I think about it the more I realize that it’s only the beginning! We haven’t even started Kindergarten yet. He has never had fights with kids at school, and there really has never been any playground drama. It only gets worse from here!

I personally have to wonder if the teacher made more out of the situation than necessary, but I am happy she had my son’s back. He didn’t seem at all concerned and that is what was most important. I told Captain Awesome that our son was pushed at camp, and his first response “STAY OUT OF IT!”. LOL I guess he knows me well!!! He continued to remind me that I in no way shape or form can every fight his battles for him. We will see if he will say the same when his daughter gets picked on but that’s neither here nor there! But I know it….I had no intention of doing anything, but I can’t promise in the future.

This small altercation was not one for the books, but it did remind me that there will be problems in the future. No doubt about it. Kids fight, kids are mean, and I don’t want my son being bullied, or being the bully. But I feel like there aren’t too many that fall in between! I am not ready to hurt for him when he is treated badly. Especially when there is nothing that I can do to make it better. But I know it will happen. I feel bumps and bruises of the little boy years are so much easier to handle than broken hearts and feelings. It’s those that shape a lot of who people are…the experiences. I can only hope and wish that he makes it out with as little hurt as possible.

So I cringe and prepare for what comes next. When will it begin? Will he tell me about it? Who knows, but I will be sure to keep my eyes and ears open as much as possible. Fingers crossed!