I’m Sending Him Back to Preschool

Home/motherhood/I’m Sending Him Back to Preschool
Previous Next

I’m Sending Him Back to Preschool 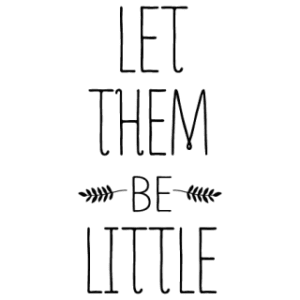 I can’t believe that we are at the end of my boys Kindergarten year. It flew by! I haven’t fully had a moment to think about it, but as Mother’s Day was approaching I was thinking about how sad I was about the year. Some friends my be rolling their eyes thinking “Jen, get a grip! Your kid is growing up…get used to it!” but I had hoped that somehow Kindergarten would be more “fun”. I thought it would be a progression from pre school and still have that warm fuzzy feel, but that wasn’t the case. I was hoping there would still be a Mother’s Day Tea and crafts that I cherished, but the reality is there was barely a mention of Mother’s Day in school and I received a very average Mother’s day gift. If they had let the class moms come in for the craft….aka moi….I would’ve pulled from the cute ones I received during preschool and been thrilled. As you can tell I’m kind of bitter…..this year wasn’t what I thought it was and I’m sad. Can I put him back in preschool?

I fought long and hard to get Full Day Kindergarten in our schools. I believed that the extra time would add to more playtime and less stress. Mom’s who had a kid in Half day and now full day will say it’s definitely better, but as a mom moving from preschool to Kindergarten I feel that all we did was packing more work sheet time. I am amazed at the amount of worksheets that get sent home. I am amazed by all the talk of indoor recess in the winter. I am amazed when I hear from my son that they didn’t have time for free play. If there is no free play in Kindergarten what’s the point? I will argue that free play, lunch and recess are more important than most of the things they are doing in there!

I was a class mom this year. I loved it, but I felt shut out most of the time. We were welcomed in for Halloween, Thanksgiving, Christmas, and Valentine’s day. We had 1 hour to do a craft and a special snack and that was it. Aren’t parties what these littles look up to? There is only so much time for a child to want their parent to come in the classroom and if we are limited now, I am in for a rude awakening in the future.

Now I hear that the only way they are celebrating the end of the year is a 1 hour end of the year party. Yup one hour…..no field day, no “graduation” from Kindergarten, nothing. We are forced to squeeze in all of that in 1 hour in June. I can not think of why. I also heard in the past there was a Memorial day parade and class trip to the beach….neither of those things are happening. Kids remember the fun and different days, and so will I. I want to look at fun pictures and smile. Right now my facebook feed is filled with images of other schoo’s field days and cute t shirts. My son will not be getting that.

Maybe that just public school. Maybe I am destined to be disappointed with what I “think” my child should have in school. Maybe I value more of the experience then the sitting and learning part of school. There is time for that. Soon school won’t be fun. it will be all sitting and learning, but that’s not what Kindergarten should be. They are still small kids. So I’m sad. I am sad that my son comes home and tells me he doesn’t like school. Did I say those things so young?

So I’m sending him back to preschool, and he’s going to stay there. We will play, and sing, and do crafts. Lots of playground time, and lots of freedom….that all sounds pretty good to me