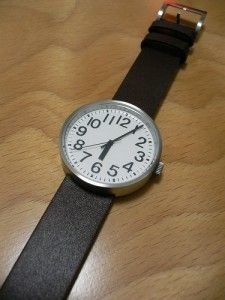 In the past I have always heard of moms talk about “The Witching Hour”. They claimed that this is when their child became rather fussy, and it usually happened at night. I never thought much of it, and even sometimes thought that they were exaggerating. That is until I became a mom myself…oh boy do I now know what “The Witching Hour” is, and for us…that hour starts right around 6:00 pm.

Another thing I never understood was why some people put their children to bed so early. Why wouldn’t they want to be up with them? The Captain is home normally by 5:45 or 6:00 (which is early to some), and I never wanted to take away time for him to spend with our son. I thought that I could choose when our son went to sleep, but again boy was I wrong! (see how good I am about admitting I am wrong?) Right now little Christian goes to sleep anywhere from 7-7:30. Before, I had thought that to be an early bed time, but in reality I don’t have much of a choice! The fussiness begins around 6:00 (sometimes before), and there certainly is no keeping him up past 7. He just falls asleep on the floor if I try. So what’s the point?

By the end of the day I am rather exhausted. I love being home with my son, and wouldn’t have it any other way, but by around 5:00 I am pretty ready to have Captain Awesome come home. There are only so many places to play with an infant, and by then I have done them all…at least 3 times! So when the fussiness begins, I start to stare at the clock. Never does an hour go by so slow than the hour between 5:30 and 6:30. See 6:30 is bath time. As long as I make it till then…we are ok. I try to occupy him, and keep him happy until we give a bath. Then we are in the home stretch. He rarely fusses at bath time.

When I first told my mom that he went to bed so early she asked me why. I told her that he has chosen his bed time and not me, but she still didn’t get it. That is until she came for a visit. When she was here she saw first hand how stressful bed time can be in this house, and how hard it is to even make it till 7. That’s when I said to her “Now do you see why he goes to bed so early”? Right away she answered Yes!

I have now come to eat dinner after the little guy is asleep. Before I tried to eat while he was awake, but it just wasn’t a pleasant time. Sometimes I’d have to wait till The Captain was done so he could hold him, or vice versa. My food got cold and it wasn’t fun. Now, once he is asleep I can eat in peace, and enjoy the rest of the evening with Captain Awesome. I have to admit that I like having my nights to myself. My days are spent fully on Christian…so a little “me” time at the end of the day makes mommy happy.

So for those with out kids don’t let people fool you. Be warned…The Witching Hour does exist….and it is with out a doubt the longest hour of the day!