What Happens After Christmas!?

Home/holidays/What Happens After Christmas!?
Previous Next

What Happens After Christmas!? 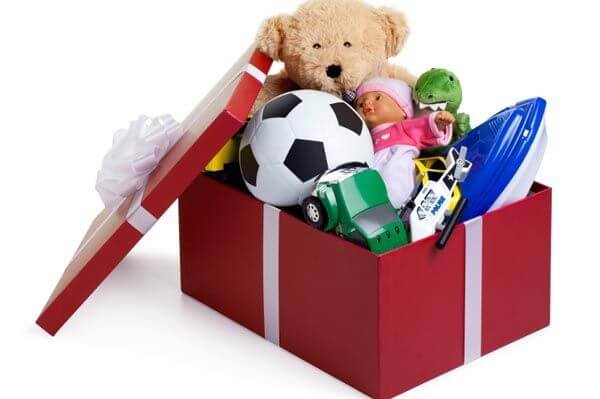 I was walking through Target the other day with the little man in two, and as I looked around me I saw many moms and dads in the same boat as me. What boat is that? The one where my son is running around pointing at every item in the isles saying “buy this..buy this…buy this!” As much as I hate the fact that he just assumes he deserves a toy, AND that I will in fact buy him one….I LOVE seeing the look of excitement on his face when he sees toys he wants. And now, when he says “buy this” I calmly say.. “well, we will have to add it to the list for Santa!”. And you know what? IT WORKS! That answer works for him right now, and as I saw the other moms rolling their eyes in the same manner I was as their kids also ran around with greed in their eyes I said to them “What will I do after Christmas? It’s the only defense I have!” We all laughed as only mom’s in the same position could, but we all knew it was true. What happens after Christmas!?

Before you tell me that what I should do is JUST SAY NO I must stop you. I know that. Of course I say no. If my son didn’t learn the word no then I would never be able to enter a store. But what I also know is that as a SAHM my sanity is based on how well my little errands go and if a small toy from the dollar bin gets us through Target then it’s worth it.

For now, the idea that Santa could bring him a specific toy, or that he may get it for his birthday is enough to settle him (most of the time). He loves to show me what he wants in magazines and toy isles and all I have to do is nod and say “yes, lets add that to the list for Santa”, and he smiles and moves on. Normally he moves on to point out 50 more toys to which I respond the same way, but at least there is no tantrum. There isn’t even an constant “mommy I NEED it” chant that sometimes can come from the cart….no….we move on….and it’s great.

But what comes next? My son’s birthday and Christmas are so close together I have nothing else? The only thing I have is a NO and let’s be honest…it doesn’t always go over very well. Is there another mommy trick that I just don’t know about? Am I allowed to start talking Easter right after Christmas? Yes? No?

So I will continue to pass knowing looks at other moms in the stores going through the same thing. You aren’t alone ladies…I promise you. And your kids aren’t brats because they want a toy…oh no….they are just being kids, and if you ask me believing in the magic of presents and Santa is fun, and I have been waiting a long time to share in the magic with my son, but I am also preparing for the post holiday hangover. I have a feeling it will come quick, and I have a feeling there isn’t much that will make it better.