A Friends Thanksgiving: We Fried A Turkey!

Home/holidays/A Friends Thanksgiving: We Fried A Turkey!
Previous Next

A Friends Thanksgiving: We Fried A Turkey! 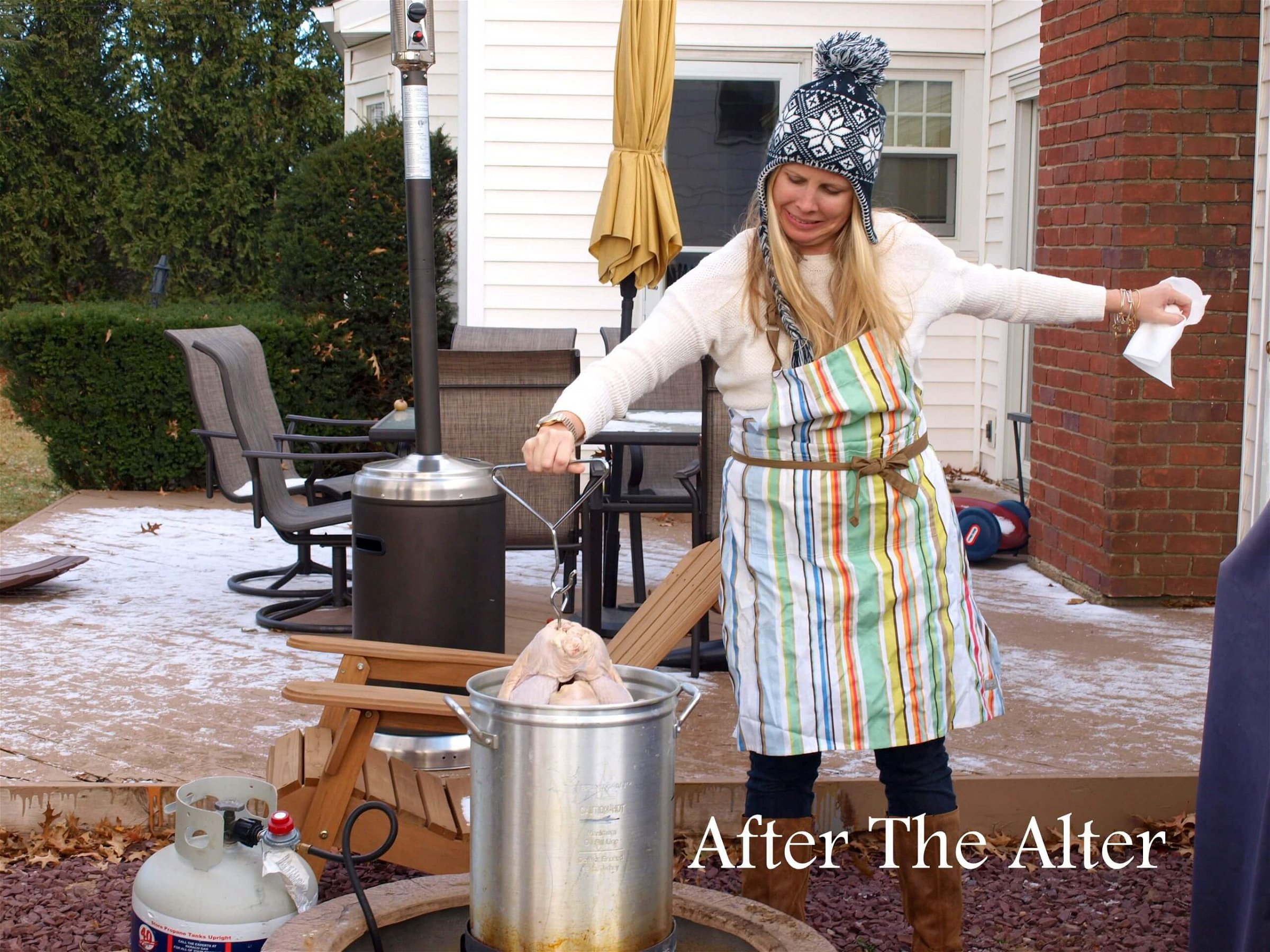 It’s always nice to have holiday traditions, and in my world a lot of those traditions are centered around family. Both The Captain and I are very close to our families and each holiday centers around them. But I have to admit that our friends are a huge part of our lives, and it always saddened me that no holidays were ever shared with them. That is why I thought it would be really fun to host a “Friends Thanksgiving”. Basically the idea was to have a pot luck dinner and just have a day where we all could get ourselves and all the kids together, and I couldn’t have been happier with how things turned out.

I have wanted to do it for a long time, but prior to this year our living quarters were just too small to host a lot of people in a more sit down fashion. It just wasn’t possible. So now that we are in our new house I thought it would be the perfect year to start what I hope to be a continuing tradition. I decided that I would be in charge of the Turkey and the rest would be a “pot luck” with everyone bringing a dish for the feast.

Captain Awesome has remained close with many of his high school friends, and this group has now morphed and changed into one big “friend family” and with kids and jobs it gets harder and harder to get everyone together in one place. Amazingly enough I was able to get almost the entire group together for this event. I sent out the evite wondering what response I would get and in the end we had 18 adults plus I think 11 kids (lets just say there were alot!).

In my head the day would start at 10 and the men would go outside with the kids and play a little touch football game in the back yard. I thought this would be a fun thing for the kids to look forward to in the years to come. With the turkey frying outside, someone would always be there to watch it! While the men were outside the women would get a break inside to enjoy mimosas and get the food prepared. Then we would all come together and sit down to eat….

How it really played out

The day was bitter cold. That meant the kids could not play outside. That meant my house became an utter zoo. I was prepared for it….kind of. Frying the turkey in the cold was just that…COLD! It was harder to get people to be outside to man the frying pot, and the mad house scene inside made preparing things in the kitchen more difficult. BUT…I should be used to my visions not really coming true, so I did my best to take it all in stride. Who cares if the house got messy. What I saw was a group of friends all having fun…making memories…that’s what I wanted.

With the help of a friend and Fried Turkey expert (at least that’s what I think) I decided to give frying a turkey a go. Word on the street was that it would only take 45 minutes to cook the turkey and that sounded so much better than the extended cook time in the oven. Plus, I had never cooked a Turkey before so I had no idea where to begin either way. My thoughts on frying a turkey? A HUGE two thumbs up IF you have someone there who knows how. It’s not easy and it is extremely dangerous. Plus, someone always has to be watching the frying pot so be prepared to have someone spend a lot of time outside, which isn’t always easy in the cold of November. If I had just bought the fryer and tried to “wing it” there is no way that I would’ve figured out what to do. Zero chance, so keep that in mind if you decide to give frying a go.

BUT…if you are able to do it, and know how…the turkey tasted AMAZING and it really cooked extremely fast. That means my oven was freed up to cook other sides, and reheat the ones that others brought over.

Overall the day was hectic and busy and overwhelming and filled with lots of food, drink, chatting, play and laughs. I think the consensus is that this will be a tradition in the future, and hopefully will last for years to come. It was a great way to start the Thanksgiving holiday!