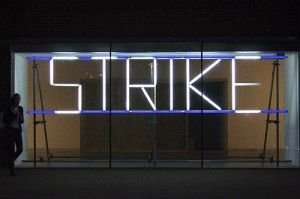 If you asked me a few months ago I NEVER would’ve told you that I would panic over the thought of being done with breastfeeding. From day one I already had the end date in mind. Now, in the ninth month I wish I could tell myself how much easier it would get. That’s why when my son got a cold and went on a nursing strike I panicked. Could it really be the end of breastfeeding for me?

My son woke up with a stuffy nose, and was miserable! (poor little guy!) I just wanted to make him better. When I sat down to nurse I got him into position and to my surprise he wouldn’t even try to latch. He arched his back and struggled against me. He wouldn’t nurse! I had to improvise so I made him a bottle of my frozen stash.

The ironic thing is that after weeks of deliberation I had finally decided to stop pumping at night. I was doing so to make extra bottles and for his food. It was a struggle to decide to stop, but I had to do it for me. I went around telling everyone I was finally done. I felt free! Now, with the nursing strike I was pumping 4 times a day! I hadn’t done that since he was a few weeks old! I was very sad.

The strike continued for 4 days. For each feeding I would sit in the glider and offer the boob only to have him turn his head in disgust. I know they say that babies won’t nurse sometimes due to teething, or a cold, and I was hoping this was the case. I could handle a short term strike, but I feared the worst. Did he decide he liked the bottle of the breast? He looked very happy holding that bottle on his own.

On the 4th day of the strike I was thinking of my options. I was in the home stretch of breastfeeding with only 3 months to go. Could I go on pumping his bottles? I honestly didn’t think I could. Was I being selfish? Formula terrifies me. How much to give? What would it do to our routine? I knew in my head that it was his choice to stop nursing, not mine, but I really started to get sad. I wasn’t prepared.

Each time I put him to my breast to attempt to nurse I prayed that he would latch. Then, on Sunday, he did! I got ready for our morning try and he just latched! I honestly almost cried. I thanked my son (it’s true, I did!). Who would’ve thought!? I felt so much relief. At this point I truly want to make it the full year. I wasn’t ready to be finished nursing, and I am glad my son decided to end his strike. We are now in the home stretch!