Weaning Off The “Wa Wa”

Weaning Off The “Wa Wa” 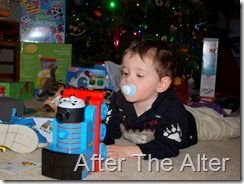 Weaning your child off of anything can be difficult. For over two years there hasn’t been any item that I have had to take away from my son. That is why when we made the decision to wean my son off his pacifier I knew I would have a hard time. He loves his “wa wa”. He loves it morning noon and night, and as time went on I noticed that he was talking less because of it. So I picked a weekend that would work for us and decided to start then. Why the weekend? Well The Captain was more for (read pushing) taking the wa wa away. If it were up to him it would be gone all together, but for me I wanted to allow it during nap and bed time. I didn’t think that would harm anything at this point. So we did it. We began the weaning from the wa wa.

When I first had my son I heard that giving a pacifier early on would cause nipple confusion and therefore he’d have trouble breastfeeding. I held strong for about 2 weeks until he wouldn’t stop crying and I grabbed for a pacifier and shoved it in his mouth praying it would do the trick…it did. He didn’t love the pacifier right away. It would calm him, but he was pretty take it or leave it. That is until I stopped nursing at the 1 year mark. At that point it became his addiction. Then, he called it his “ma ma” which was very confusing since he also called me his “ma ma”…who knows! Soon, it turned into wa wa and that is what he calls it today.

So we started weaning on a Saturday. I put Captain Awesome up to the task of waking up with him that weekend because I new I wouldn’t be able to pry it from his mouth when he woke up, or hold strong when he cried for it. So I hid in bed…amazingly enough he didn’t put up too much of a fuss. Until I came downstairs that is. See he knows I am the weak one! But I held strong and held him when he cried.

Coming out of nap was even hardest part of us. He did better then I anticipated, with only a few  tears here and there. Once we made the decision to keep it in the bed we had to stick to it. During the first week we only had one set back when he saw a friend of his had one. It was then he couldn’t understand why he couldn’t have one so I gave in ( I couldn’t listen to the crying that day). But that was it. Our only set back!

In one week he learned that he had to spit it out after he woke up. He was so proud the first time he did it. He said “mommy look!” and went to put it in his crib. I was so proud of him.

Now that he doesn’t have it he speaks so much more. He tells me stories, we sing in the car, and he asks more questions. On a even more positive note he’s even excited to take a nap because he knows he will get his wa wa. Better yet he will lay in bed longer after getting up, I think because he wants to have a little more time with his trusted friend. I have no complaints about that!

So we are doing it! Next step will be to pull at nap and bedtime but I don’t see that happening any time soon. I’m not too worried about it, and I hate to take away his comfort. Or maybe I am just selfish and want him to use it to fall asleep. Either way it stays for a while. I think both him and I will be happier for it!