Twas The Month Before Christmas…

Home/About me/Twas The Month Before Christmas…
Previous Next

Twas The Month Before Christmas… 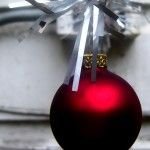 I just received this little poem in a forward from my mom, and I wanted to share.(I’d love to credit someone for writing it but there was no name!) When I was growing up I must admit that I lived in a sheltered area.  Everyone seemed to be Christian, I had no idea what ethnic background my friends came from because I just considered everyone to be American….and in my little world EVERYONE celebrated Christmas. When our Chorus sang songs around the holidays they were “Christmas” songs..and we had “Christmas” concerts. Now I am told that schools aren’t allowed to do that anymore. And now I am hearing that the CHRISTMAS tree at the white house may be called a HOLIDAY tree? Really?? No it’s a CHRISTMAS tree! I live in Long Island where there are a lot of Jewish people, and none of them put up a tree and try to claim it to be a holiday tree…they just don’t. So if your Christian you should feel comfortable saying Merry Christmas…if you are Jewish, Happy Hanukkah….Please don’t allow this time of year to become a Hallmark Holiday…. remember the reason for the season!

MERRY CHRISTMAS TO  EVERYONE.

Twas the month before Christmas

When all through our land

Not a Christian  was praying
Nor taking a stand.
See the PC Police  had taken away,
The reason for Christmas – no one could  say.
The children were told by their schools not to  sing,
About Shepherds and Wise Men and Angels and  things.

It might hurt  people’s feelings, the teachers would  say

December 25th is just a  ‘Holiday’.
Yet the shoppers were ready with cash, checks and  credit

Pushing folks down to the floor just to get  it!
CDs from Madonna, an X BOX, an I-pod
Something was  changing, something quite odd!
Retailers  promoted Ramadan and Kwanzaa
In hopes  to sell books by Franken & Fonda.
As Targets were  hanging their trees upside down
At Lowe’s the word  Christmas – was no where to be found.

At K-Mart and Staples and Penny’s and Sears
You won’t hear the word Christmas; it  won’t touch your ears.

On Boxer, on Rather, on Kerry, on Clinton !
At the top of the Senate, there arose such a  clatter
To eliminate Jesus, in all public matter.
And  we spoke not a word, as they took away our faith

The reason for the season,  stopped before it started.

So as you celebrate ‘Winter Break’ under your ‘Dream Tree’

Sipping your Starbucks,  listen to me..
Choose your words carefully, choose what you  say
Shout MERRY CHRISTMAS, not Happy Holiday !

Please, all Christians join together and wish everyone you  meet

MERRY CHRISTMAS
Christ is The Reason for the  Christ-mas Season!