Ten Minutes of Fame or None at All?

Home/About me/Ten Minutes of Fame or None at All?
Previous Next

Ten Minutes of Fame or None at All? 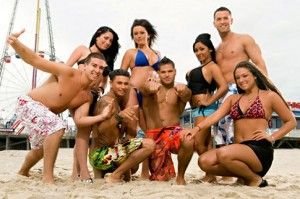 You have to admit that this country is obsessed with reality TV. Stars of these shows have become rich and famous just by acting like fools in front of the camera, and I have to ask myself why are we paying these people? Why am I so intrigued? Then I think about the people who USED to be famous and are now grasping at straws to get back in the spotlight. Let’s take the cast of the Jersey shore. I mean how long can their popularity last?  I can imagine how tough it is to be a big hit one day…getting free stuff, having your picture taken, and getting paid big time….and then as your fame fizzles to wish you had it all back again. I have to wonder….would you choose 10 minutes of fame and have it taken away?? Or to never be famous at all??

For example. The people on the show The Hills supposedly make 100K PER EPISODE! Pauly, Snookie and “The Situation” from The Jersey shore have supposedly been bringing in $7500 PER APPEARANCE! I have to think that this fame can’t last forever. But what happens to these people when it’s all over? Are they just to go from party hopping, and living a lavish lifestyle to the hum drum every day life of whatever job they held before? That can’t be very easy. I mean look at the poor people on Celebrity Fit club! They had their 10 minutes of fame and still cling to whatever they can to get their face on your television!

I have ALWAYS wanted to be famous. I wanted to be an actress or a talk show host. I think I would love to have Kelly Rippa’s job….but it wasn’t in the cards. When I went to college I wanted to be a news anchor…but that wasn’t in the cards for me either. So with all that being said, I’m not sure what I would choose. At first I would say I would jump at the chance to be famous. The money would be great and I think it would be ALOT of fun! But the fact that the fame is short lived, I think I would hate to know that for the rest of my life I would WANT to get that back, and most likely have a hard time going back to my “normal” pre fame routine.

So I am stuck! My overthinking brain is getting the best of me…so I am going to go with my first instinct! I would rather the 10 minutes of fame than never having it at all! What would you choose?