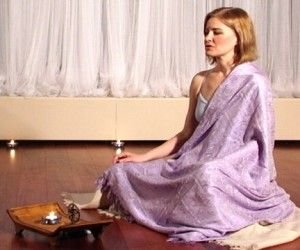 I am the type of person who likes to research things to death, and I tend to probably know too much on subjects that I’m better off ignorant. I learned a lot while Trying to Conceive, and I did the same through out this pregnancy. Now that we are coming to the end of the road I am entering a territory where I pretty much know NOTHING about. Forget knowing about what to do once the baby arrives, because to be honest The Captain and I are clueless….I also really know nothing about the actual labor process. This was pretty much done on purpose since it scares me to death, but now that labor is in my near future I guess it’s time to get a clue. So by recommendation from our doctor, we decided to take Lamaze.

We had two choices when it came to what type of class we wanted. The first was a standard group class, and the second was to do a private class with the head nurse of labor and delivery at the hospital where I will be delivering. We decided to go with the latter. It turned out that the price of both were pretty much equal, and both The Captain and I felt that we’d be much more comfortable in our own home. So the private class it was!

I can’t say how the group class would’ve gone, but i can say that I think we made the right choice. We really had a great first class. I was a bit worried that it was going to be all about breathing (isn’t that what lamaze is?) but it wasn’t. We did a few short breathing  exercises but that was it. The rest of the class was extremely informational, and pretty much told us what to expect in the coming weeks. We learned when it was important to call the doctor and when it wasn’t, and we learned all about the stages of labor. This class covered the first two stages (we have another one next week). We also learned about my favorite part…the epidural. Actually, it was kind of scary to learn how they actually administer it, and some of the risks, but for me I think it all outweighs my fear of the pain of labor. I am EXTREMELY needlephobic, but in this case it just has to be worth it.

The class was 2 1/2 hours long, and we started to lose The Captain at the end. His ADD started to kick in just before the 2 hour mark. But he was a good sport as always. It’s funny when you learn about labor because there really is no standard. Everyone has a different experience. Some people’s water may break…or you can start labor with out that happening. Some people will progress quickly, others won’t. I think that’s what scares me the most. The unknown. I have no idea what will happen and when it will happen. I am just left to wait for the pain. After listening to different scenarios I have decided I want my water to break. We were told if your water breaks…go to the hospital. Then there is no question of when you should go. If contractions start and my water doesn’t break then I am told to wait until they are 5 minutes apart and last for about a minute. Who knows how long that could take! So fingers crossed for my water breaking.

We are scheduled for our next class next week. After that we will be taken on a tour of the hospital. I’m excited that this woman is actually a nurse at the hospital where I’ll be delivering. I’m not sure she’ll be happy to have met me once I am in labor, but I think it would be good to have her there. There are no guarantees that she’ll be working, but you never know! After our next class we have to watch a video which I am dreading…you may be thinking…You have never seen a video on childbirth?? The answer is NO! And if I have, then I have completely blocked it from my mind. I don’t even think I am ready to see it now! But I have to be a big girl since soon enough I’ll be going through it myself. Oh boy!!

If you live in Suffolk county and are interested in learning more about the woman who did our private lamaze class please feel free to contact me. I highly recommend her!