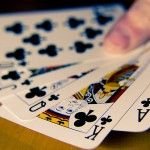 This past weekend The Captain and I were lucky enough to get invited by his work to Mohegan Sun for the weekend. For those who are not familiar with the place, it is a casino. I had never been, and when the company told us it was an all expense paid trip, we jumped at the chance. We love going away, and it’s even better to go away when someone else is paying for it!

They gave us rooms for two nights. Friday and Saturday. On Friday we decided to join up with one of The Captains boss’s and his wife as well as with another couple who we are very good friends with. (“P” and “J”) “J” is a coworker with The Captain, and we are always thankful that we have these friends to do business as well as personal events with. This particular afternoon we decided to go wine tasting before taking the ferry over to Connecticut. It was a great afternoon.

The night began early when the Captain and the other two men decided it was necessary to drink the Scotch that was brought on the trip….if you can imagine the night went crazy from there. We checked into the hotel around 7 and was scheduled to meet the rest of the co workers at 8 for drinks. I always have a great time with the people he works with. They are all very personable and friendly…and best of all most of them know how to have a good time. The company got a private blackjack table, and the table had a $10 minimum which is GREAT for a weekend night. It was so much fun because we were only playing with people we knew. I personally LOVE blackjack, but I hate to lose and lose I did….The Captain and I lost the money we brought in like 20 minutes. And it stunk!!! If I am going to lose at least give me a little time being up. But nope! Not this trip…I got no pleasure out of black jack…so from then on I watched from the sidelines. To be honest I have just as much fun doing that…especially if when I play I lose.

Saturday I conviced The Captain to go into Mystic Connecticut to see the sites. Some people were going and I didn’t want to get stuck in the hotel all day. I was happy when he aggreed to go. We went into the town of Old Mystic and went to a bunch of cute shops. I really wanted to see Mystic Pizza (like the movie) but it turns out that was in another part of town. So we did that in the afternoon and before we went home we stopped at a cider mill. They had the best cider donuts and hot apple cider! Yummy! Perfect for this time of year.

Saturday evening we had a great 6 course meal at Tuscany restaurant at the hotel. It was very yummy and we had a nice time talking and laughing. This night ended a little earlier since the previous night left everyone out till 3 in the morning or later. No more gambling for me! I still had a bad taste for it from the previous night. I enjoyed my seat on the sidelines again! I make a great cheerleader!

So we had a great weekend! I am not sure I would choose Mohegan Sun over Atlantic City in the future, but I was happy I got to see it. I hated that we came back gambling losers…but like they say! You gotta know when to hold em…and know when to fold em….maybe next time!