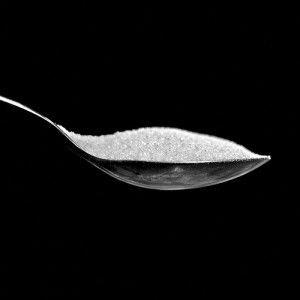 Wooo  Hooo! I got some good news the other day. I passed my 1 hour Glucose Screening! What is that some may ask? Well it is a screening that tests for gestational diabetes. It turns out that about 20% of women fail the first screening test, and go on to pass the 3 hour Glucose test, but I had ZERO desire to sit in the doctors office having my blood drawn over 3 hours. Luckily now I don’t have to!

What is Gestational Diabetes?

According to www.diabetes.org, Gestational Diabetes is…

Gestational diabetes affects the mother in late pregnancy, after the baby’s body has been formed, but while the baby is busy growing. Because of this, gestational diabetes does not cause the kinds of birth defects sometimes seen in babies whose mothers had diabetes before pregnancy.

However, untreated or poorly controlled gestational diabetes can hurt your baby. When you have gestational diabetes, your pancreas works overtime to produce insulin, but the insulin does not lower your blood glucose levels. Although insulin does not cross the placenta, glucose and other nutrients do. So extra blood glucose goes through the placenta, giving the baby high blood glucose levels. This causes the baby’s pancreas to make extra insulin to get rid of the blood glucose. Since the baby is getting more energy than it needs to grow and develop, the extra energy is stored as fat.

This can lead to macrosomia, or a “fat” baby. Babies with macrosomia face health problems of their own, including damage to their shoulders during birth. Because of the extra insulin made by the baby’s pancreas, newborns may have very low blood glucose levels at birth and are also at higher risk for breathing problems. Babies with excess insulin become children who are at risk for obesity and adults who are at risk for type 2 diabetes.

Basically, your body stops producing sugar well, and you can go on to have a large baby. They test for this around 24 weeks. The good news is that I don’t have it! I got a little nervous because when I called for results they told me the doctor had to call me back. I wasn’t sure if it was because the doctor had to give me the bad news, or if the doctor had to give the news either way. I was originally told if I didn’t hear from them everything is fine…but who follows those instructions? Not this girl! So I called 1 week after my appointment which I figured was an appropriate amount of time. (not too stalkerish right?)

So onto the next thing. It seems that during pregnancy there is always something to worry about and fear. At least I was able to check Gestational Diabetes off the list! Phew!