Giving Up The Wa Wa: An Update

Home/baby milestones/Giving Up The Wa Wa: An Update
Previous Next

Giving Up The Wa Wa: An Update 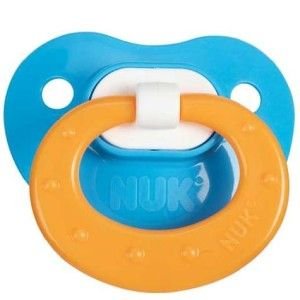 I am not sure how I forgot to write about this? The Wa Wa was such a huge part of my son’s life for soooo long and he loved it so much, and I just can’t believe I forgot to write about him giving it up back in April!? Well I need to rectify that, because I need to remember it for myself. I wrote back in March about my son giving up his wa wa. At that time it wasn’t constant. He would do great for a few days and then he would ask for it. I really thought the fact that it was broken was my win, but it wasn’t. He kept saying “It’s fine mommy…I can still use it”. I thought maybe I was going to have to have the sad fight of taking it away. He was almost 4 1/2 and it just had to be done. Then a miracle happened. I think God looked down upon me and knew I didn’t have the heart to take it away, and took matters into his own hands. See one morning my son woke up and said “mommy I have to pee” and went to the bathroom….wa wa in his mouth. And guess what happened next? It fell into the toilet!!! This my friends gave me the in I needed….it was time to lose the wa wa.

Once it fell into the toilet I was grossed out. First I washed it in the sink then realized that wouldn’t be enough, so I decided to boil it. I took it downstairs to disinfect and explained to Christian that it was OK, but it had to be thoroughly cleaned. Then the night time came and he didn’t ask for it….so I went with it. Then another night….so I went with it. Then, he did ask for it. Shoot! But I was quick and told him that it had to be sent out to be cleaned because it was just sooooo dirty from the toilet. He seemed to accept that and time just went on. When he asked I would say it was just soooo dirty. He would shrug…think about it and move on.

Each time he would ask I was waiting for a fit to begin but it never did. He seemed to accept that he no longer had it. You could see the wheels turning in his head and he would ask questions. “Do I have to give my wa wa to the binky fairy?” (something he heard from his friends) and I would say “well do you want to?” and he would say no, he’s not ready. So I would say “that’s fine…it’s getting cleaned anyway”. It was almost like He KNEW what was going on, but liked this excuse to be OK with it. It was like in his mind if it was “getting cleaned” that it wasn’t gone forever. So he stopped asking.

That was back in April and in July we haven’t had one back slide! Lucky for me my daughter doesn’t take a pacifier because that could’ve been a problem. He has found some of his old wa wa’s (he only used 1 blue one) and would  say “I can use this one” and I would laugh and tell him no and when he wasn’t looking hide it. But it was never bad.

I still have the Wa Wa…It will be a keepsake. Although it was kind of an end to an era I know it had to be done. My baby boy is growing up…tear! Bye Bye Wa Wa!! It’s been real…..