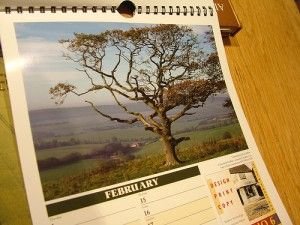 Being a mom isn’t glamorous. People might say it’s rewarding, wonderful, challenging, and many other adjectives, but never will you hear anyone use the word glamorous. My days totally revolve around my son. From the moment I wake up, to the moment I go to bed (even through out the night), I have him on my mind. But sometimes I wonder if I am doing enough. As a mom I want to nurture and teach my son as much as possible during his waking hours, but I have to ask….is my average day with an infant like yours?

I thought that maybe by sharing my average day, that my readers would then in turn tell me about their days with their little ones. This way, if something works for you..maybe I too could find it useful! Let’s be honest…there is only so much to do with a 3 month old. He just started to sort of notice his toys (which is super exciting), but there really isn’t that much to do with them.

My son is the happiest in the morning. I love going into his room in the morning. He is bright eyed and smiley, and so excited to see me. I feed him and change him. Then we normally talk for a while. That’s right…we talk! I say something to him or make silly faces and talks back. I have to wonder what he thinks he is saying to me! I love to grab his cheeks and nose, and give him a ton of kisses. He seems to like this a lot. After that I might lay him down on his activity mat. This is a hit or miss activity. Some days he likes it for a while, some days he gets frustrated and wants off. Once he tires of the mat, we try a little tummy time (which lasts for a very short amount of time since he hates it), and then we play with some toys. He has just found out that he can grab them in his arm and put them in his mouth. Soon after this he gets sleepy, and we hit our first nap of the day. Here is guess is the place where I admit that I allow him to nap in his swing. He likes it, and he naps well in it. Pediatrician said it was perfectly fine…so I go with it!

After his nap, I feed him and dress him for the day. Then, the day pretty much goes on like the morning. Some days we run errands, which I like because it breaks up the day…but other than that our day pretty much runs like I said above. I sometimes wonder if he sleeps too much because he is up for about and hour and a half to 2 hours and then naps for 30 minutes to an hour. That seems to be his pattern. I just go with it since let’s face it….he dictates pretty much everything at this point. I am learning very quickly that it is very hard to force him to do anything at this stage. I can’t MAKE him stay awake, and I can’t MAKE him not be hungry. He’s the captain and I’m just along for the ride.

I’d like to share our night time routine, but as you’ve probably read in past posts, facebook updates and twitter I am totally at a loss for an evening routine. We are still working on trial and error..but at night he gets some daddy play time, a bath, a feeding and then bed.I wish I got story time in, but so far we don’t really fit it in because he is so fussy. He could care less about mommy’s stories…I can’t wait till he gets excited about them!

So that is our day! Like I said..not glamorous…but I certainly wouldn’t have it any other way. I love experiencing each day with the little guy.

So what is your day like? Any recommendations of activities to do with a 3 month old?