Anchor For Safety: Protecting Your Child From Furniture Tip Overs…

Home/baby, home/Anchor For Safety: Protecting Your Child From Furniture Tip Overs…
Previous Next

Anchor For Safety: Protecting Your Child From Furniture Tip Overs… 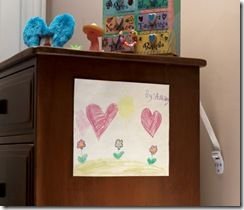 TV and Furniture tip over related deaths and injuries are not slowing down. A child is killed once every two weeks, and tens of thousands are injured every year. When I read the article that the U.S. Consumer Product Safety Commission put out I was scared. I was scared because I watch my son pull up on things every day, and as much as you think “not my kid”, it could in fact be your kid that gets hurt, and doing whatever you can to safe guard your home is the way to start.

According to the U.S. Consumer Product Safety Commission,

A new data report (pdf) shows that between 2000 and 2010, CPSC staff received reports of 245 tip-over-related deaths involving children 8 years old and younger. More than 90 percent of the incidents involved children 5 years old and younger. In more than half of the 245 fatalities (56%), the child was crushed by the weight of the television, furniture, or appliance. The majority of these children suffered fatal injuries to the head (67%).

In addition, more than 22,000 children 8 years old and younger are treated in hospital emergency rooms every year (2008-2010) for injuries related to instability or tipover of televisions, furniture, and appliances. And like the fatalities, a majority of these injuries (56%) are to the head

What scary statistics!? When I had a professional baby proofer come into my home he pointed out all the things that could be tipped over. At first I didn’t believe it was all necessary, but as I watched my son pull up on things, I began to see how easily it could be pulled down.

The most common tip-over scenarios involve toddlers who have climbed onto, fallen against or pulled themselves up on furniture. About 70 percent of children’s fatalities (169 incidents) involved falling televisions, and 27 percent (65 incidents) involved only furniture falling. Of the 135 child fatalities where furniture fell by itself or fell with a TV, the majority of incidents (64%) involved a chest, dresser, or a bureau. Often, these pieces of furniture have drawers that children can use to climb.

To prevent tragedies follow these safety tips in any home where children live or visit:

KidCo offer both an Anti Tipping furniture Strap, and Anti Tipping TV strap to help protect those items from causing your child harm.

Not only do you have to be diligent in your own home, but what about grandparents and friends? It’s here that we forget about safety sometimes, and their TV can be pulled down just as easily as your own.

The bottom line? It’s important to be aware of the dangers in your home. When I was made aware of this report from the U.S. Product Safety Commission I was shocked, so I thought it was important to share the information with all of you. Do with it as you wish!