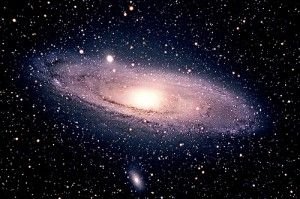 I have been following the show Lost since the beginning, and I like everyone else who is watching it am very confused. One of the most confusing parts for me is the sideways world they are creating. What’s that all about? Maybe it really is an alternate universe. And when I started thinking about that, my mind started to drift to the idea that one little changed decision in each of our lives could lead to our lives totally shifting course and leaving us nowhere close to the people we are today. (did you get that? Kind of hard to wrap your head around huh?) Have you ever wondered what your alternate universe could be?

I went to college wanting to be an on air news anchor. I was going to work for a major network and become famous. As a freshman I jumped into the on campus television world with both feet. I anchored the college news program, as well as did their Entertainment tonight type pieces. I loved it! Then I got involved in my sorority, and socializing became more of a priority. I then realized as I got deeper in my journalism classes that I wasn’t really going to start out in the big time, and that I was just a big fish in a small pond. That realization hurt…so I changed my mind and then changed majors. But I have to wonder sometimes what would’ve happened if I continued on that path. Would I have ever made it? Did I have it in me? I kind of doubt it since I hate being told what to do…and I am sure you have to put up with a lot of that in the business…but I still have to wonder what that alternate universe would look like? Jen the big time network news anchor??? Maybe??

Once I decided to change majors I went into Public Relations. I had a big mouth and I wasn’t afraid to use it. I thought it would be perfect. Through a random connection I got a job as an intern with the Vice President of Public Relations for the GAP. It was a dream internship at the time. I felt so adult taking that train into Manhattan and working with such a large company. I really thought I had it made with that connection. But then, 9/11 happened and the Public Relations world certainly was not hiring. There was nothing my connections could do. I was stuck. I knew I needed a job post graduation, and I knew I might have to settle. And settle I did….I hated my first job. (didn’t we all?) But what would have happened if I really did make it in the PR world? Would I have even liked it? Stop me if I’m wrong but I think the world revolves around working long hours and attending a ton of events. It all sounds very fun and glamorous to me, but is it? Would I have been tired and worn out all week? Or would I have loved getting dressed up and hobnobbing it with celebrities. (I do have a thing for celebrities) Sometimes I think I would fit in in that world…or I should say would have fit into that world because I certainly know now I don’t belong.

Then my mind shifts back to my current life. The life I would not change for the world. Had I taken either of the above routes I know I would have never met my wonderful husband. Lots of things have brought me to where I am today, and I know I am doing what I am meant to do. But I still sometimes wonder what just one change would do to my life. You can’t think of it too much because it’s enough to drive you nuts. Is there anything you did or didn’t do in the past that makes you wonder if you chose differently how different your life would be??