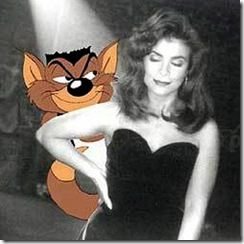 What is that Paula Abdul song?? Opposites Attract? You know the one…the one where she is dancing with that cat? Well it’s a great and catchy tune, and sometimes I will agree with that statement, but sometimes it couldn’t be farther than from the truth. Sometimes opposites cause tension in relationships, and when that happens what are we supposed to do? In a marriage, what happens when opposites don’t attract?

Although Captain Awesome and I are similar in some ways, I’d have to say that when it comes to most things we are the complete opposites. He’s very laid back, and I am much more uptight. He flies by the seat of his pants, and I am a planner to a fault (his is to a fault too might I add!). I could go on and on, but these two traits are the ones that triggered this post so it is probably best we just focus on these.

Normally these differences complement each other. When I get worked up over something, his laid back attitude keeps me calm. It soothes me and settles my head a bit. When it comes to his lack of planning this is where we clash. I will NEVER be ok with waiting till the last minute to do things. It’s not how I operate, and normally it’s OK because I take the reigns on most of the planning. Usually he just sits back and let’s me do my thing. The tension comes when I need him to take charge and do something about the plans. This is when we struggle.

I like to just take care of things. When I get something that is on my mind done it’s like one large check mark appears and that plan/thought gets to be put aside and I can focus on other things. When it came to the planning of The Captains 30th birthday trip to Atlanta I had to give the reigns over to him. He wanted to make the plans. I was OK with that until he was procrastinating on actually making those plans. With no hotel, flight or game tickets (we are going to see the Falcon’s play) I started to get flustered. He on the other hand kept telling me to stop asking about it and to let him take care of it. Unfortunately “letting go” is not my strong suit and I kept asking him to do it. I kept asking until we fought regularly about it. My argument was that it didn’t hurt him to just make the plans, but by him NOT making the plans I felt a ton of stress. He didn’t seem to care about that point. Eventually of course the plans were made and at a month before our departure we are fully set. Luckily for him it all worked out, but it was not done in a way that was ideal for me.

So how do we work this out? Are we destined to argue the rest of our married days when it comes to planning in advance? Do we just accept our roles? Me the planner and him the procrastinator? I think that’s the way it has to be.

So in your relationship what traits do you and your partner clash about. When do your opposites NOT attract you to each other?