The Greatest Show on Earth

The Greatest Show on Earth 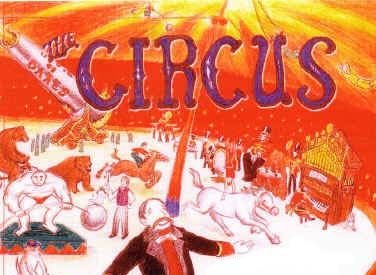 Clowns! Popcorn! Snow Cones! Acrobats! Yes folks I am talking about the Circus! This past weekend I went with my husband and some friends to the Ringling Brother’s Barnum and Bailey Circus!

The Circus as a Kid

I haven’t been to the circus in years! We used to go to a smaller circus when I was younger. It was great, but I had always wanted to go to this much larger circus. For some reason the name alone brings excitement. I was a little nervous that I would find it silly, and that what I thought to be a great event would just be for children. I was also worried that I would be disappointed. But let me tell you that just wasn’t the case! It had all the elements of a great show! Music, large animals and death defying stunts!

The show was at Madison Square Garden in New York City. Upon entering, we encountered many disgruntled employees yelling at the crowd. Personally, I didn’t think it was at all in the spirit of the circus. I mean it’s for children for goodness sake! But I guess that’s Manhattan for ya! One major difference between this venue and ones I have been to in the past was the vast size! Our seats were pretty high, and although everything was done to such a large scale that we could see everything, I remember loving being so up close at the smaller venues.

If you ask me what my favorite act was you may laugh. It was the dogs! I am not sure if it’s because I find dogs so lovable, but I found all their tricks endearing and entertaining! They were just too cute! I found the elephants to be great also. They are huge animals standing on little stools and jumping up on each other! Amazing!

One thing I found to be disappointing was the use of wires. It may all be in my head, and it might be from watching too many movies, but I recalled the acrobats flying across the sky to near death! Isn’t that why they call them “death defying” stunts??” These acrobats had on wires sometimes? I am not sure its very death defying when if you fall there is someone to catch you.

The Circus and Children

I don’t have children yet, but when I do I look forward to bringing them to events such as this. My parents brought us to many places and I want to do the same for my kids. But here’s the thing…how did they afford to do it?? The snow cones were $15 a piece! Mind you they came  in cute animal shaped containers, but still! If you have more than one kid, and they want other souvenirs then we are screwed! I mean even I was almost suckered into buying the glowy, spinny contraptions!

All in all it was a fun filled evening. I am glad that we went, and I would recommend it to other adults even if they don’t have children to bring. I can imagine though, that bringing children would make the event even more fun. Watching the circus through their eyes must be an experience! So what is your favorite circus act? If you are parents, please share what it’s like to spend a fortune at events such as this.

After all these years, I can attest, that the circus is still magical and the GREATEST SHOW ON EARTH!