We Shall Call Him or Her Hop Hop

We Shall Call Him or Her Hop Hop 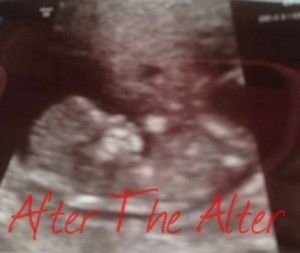 When I was pregnant with the little man, I decided that on the blog I would refer to him or her as “Pooh Bear“. I have always loved Winnie the Pooh and I felt that even though Pooh Bear was a boy (at least I think) that I felt the name was semi gender neutral. This time I have been racking my brain as to what I will call this baby. What is another cute gender neutral name? I was lost! That is until our little man made the decision for me. When I asked him what he wanted to name the baby he told me “hop hop”. That’s right….hop hop. Why? I have no idea! He said something about his pre school teacher saying hop hop at school, but I am not so sure. Since then he refers to the baby as hop hop…so, so will I!

Little Hop Hop is already a household name here. I tried it out for a bit to see if it would stick with the little man before going with the nickname here, and so far he’s stuck with it. Although odd, I think the best part is that little Hop Hop’s brother picked it out himself. What a good memory to have in the future.

Right now little Hop Hop your brother thinks you are a boy. That switches sometimes to girl…but the most recent trend has been boy! I can’t wait to share all my thoughts and feeling about this pregnancy. I look back on the “Pooh Bear” posts and it is so fun to remember how I was feeling. All of this is like a journal, and one that I will cherish in years to come.

The plan is to share my belly, thoughts and feelings week by week to see the progress. I did well at keeping up with it for Pooh Bear, so I hope/plan to do the same for little Hop Hop.