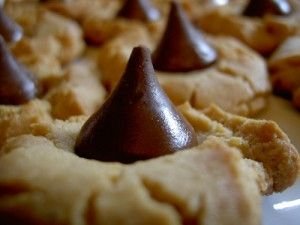 When seeing pregnant women on TV, you see women wanting pickles and peanut butter, and making other ridiculous concoctions due to pregnancy cravings. Pregnancy really is the only time that you are allowed to ask your husband to leave the house in the cold at 11:00 at night to get you what you just HAVE to have…and I want to say here and now that I feel totally jipped that I haven’t gotten to experience any of this. What’s up with that?

A customer of mine was just telling me that his wife sent him out at midnight to get her a Dunkin Donuts coffee, and doughnut. How fun is that? I say good for her! Take advantage of it! The closest I ever came to a weird request was my pretzel craving adventure , but I just want to put it out there that it was The Captain’s idea to take me (and it was totally nice of him), and not me MAKING him do it. Most of the time I wander around the kitchen not knowing what I want. I can’t decide what’s worse…craving something but not knowing what it is, or craving something that you can’t have.

The other big bummer is that I know Captain Awesome would be happy to go out and get me whatever food I wanted. I know he’d even run out at 1 am…so where is that craving? Don’t get me wrong. I do get cravings, but I am usually able to take care of it myself. I eat a lot of doughnuts, but am lucky enough to be able to get them when I want. Same goes for ice cream, or anything else that I can buy at the grocery store. The Captain has almost banned me from doing the grocery shopping for that very reason.

I have a few weeks left, although not many. People remind me to eat what I want now, because once baby comes it’s not as easy…so what is it that I want? I will admit that I have been thinking about this pizza in a neighboring town with cold mozzarella cheese on it…the problem with that one is that I have to go there myself, because it’s only good with warm pizza and cold cheese. The Captain can’t go get that for me. The cravings I’m talking about involve me sitting my butt on the couch and Captain Awesome going out at a random time to pick something up for me….I’ll just have to come up with something!

What were some of your weird pregnancy cravings? Did you take full advantage?