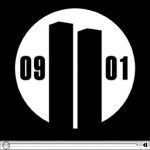 There are many days in history in which a person can sit back and remember where they were during that particular event. For me, there haven’t been many of these events, especially ones that affect the whole country like the shooting of JFK, or Pearl Harbor, but one event I do truly remember very vividly is the events that occurred on September 11, 2001. Many people have a story of how this day affected them personally. Some know people who died in the World Trade Center, some know people who acted as heroes on that day and the days that followed, and some people know someone who was on that heroic flight that crashed in Pennsylvania. Not me, my story isn’t as hands on, and my story doesn’t affect many, but the events that happened on that day did affect me…and that’s why it is important for me to remember

I went to Hofstra University. For those of you who don’t know where that is, it is a university that is less than 25 miles from Manhattan. I am certainly not an early riser, but for some reason on that day I happened to awaken to the TV which was on, and set to the news. (my husband sleeps with the TV on). I open my eyes and I happen to hear the news talking about a plane that had crashed into the World Trade Center. I was shocked and I woke myself up enough to put on my glasses so I could see what was going on. I shook my husband awake (just my boyfriend at that time) and we watched the news live. As we were watching the coverage we watched the 2nd plane crash live. I have never seen anything happen so scary before in my life. I felt like I was in a movie…a very horrible and scary movie! As we learned that it was a terrorist attack we began to get more afraid. We weren’t able to tear ourselves away from the coverage. Cell phones were down all over, and I couldn’t get a hold of my mom in upstate NY, or my sister in Philadelphia. I just wanted to hear their voices and know that they were ok. My husband heard from his good friend who worked down on wall street at the time. He told us that he had to run away to not get hit by the debris that fell. An amazing thing was, that if you went to the top of my dorm tower you could see the smoke rising from the towers. It hit close to home on how close we were to the actual event. I in no way shape or form was in any condition to attend class that day.

This event affected the whole country. It showed us that the United States wasn’t invincible. But another thing it did was unite our country. After these events Americans remembered how proud they were to be called Americans. People began to fly flags again, and put those magnetic flags on their cars. We have many heroes in this country. Heroes that risk their lives every day to protect us. My brother in law is one of those heroes. He is part of the FDNY. Although my husband and I are both scared of the tasks he faces on a daily basis, we are also very proud of him. It’s men like him who keep us safe.