Being A Voodoo Doll

Being A Voodoo Doll 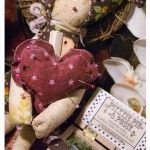 Well month 5 of TTC has come and has gone….ya, it pretty much sucks…but since I am still going with “Everything happens for a reason” we are going to think that it’s for the best since it would’ve been tough for my sisters wedding. So we are moving on to month 6! When I first spoke to my doctor about TTC he told me that on average it takes 6 months to conceive. I would’ve been OK with being average had it not happened so fast the first time. But it looks like this time we are aiming to be average. This month we are doing some “extra” methods to help with the process. I have decided to try acupuncture. That’s right! I am becoming a voodoo doll!

I have heard from many people in the TTC community that acupuncture is a great tool. So I found a woman who came highly recommended and decided to give it a try. I have never been an alternative medicine type of gal, but in all honesty at this point I am willing to try just about anything, and if anything it’s a great way for me to relax. I found my first appointment to very interesting! The woman was extremely calming, and in the first five minutes she was able to tell me so much about myself just by looking at my tongue. To some it may sound weird, but I have to tell ya I really believed her. We spoke about my goals, and then she asked me to stick out my tongue. When I did she cringed..lol…yup, physically she cringed. She told me that nutrients are not getting my organs, especially my spleen. She told me I have stomach trouble…TRUE! That I run cold…TRUE! That I am a worrier…TRUE! And that I over think things…TRUE! She said in Chinese medicine that they check 12 pulses…and when she did mine she said my pulse was low which meant my blood wasn’t flowing well. This is why my organs aren’t getting nutrients, and my body is running cold. She told me to think of my body as a nest, and that it needs to be as warm, and safe as possible to allow a life to be nurtured there. It kind of made sense! What I liked the most out of the consultation is that she gave me ways that I could improve all of that. Whether it’s true or not I like that I feel that I can DO something! So here’s what she said….

The procedure itself was much less scary than I thought. She talked to me as she did it to keep my mind off the needles. She put 4 in my stomach, 1 on each hand between my thumb and pointer finger, 3 on each leg, and 1 on each foot and one in my left ear. I was thankful there were none on my face. That may have freaked me out. But after they were all in…she left me to relax for 45 minutes. It sounded like a long time at first, but it went quick.  There was soft relaxing music playing, and it was very peaceful. I probably would’ve fallen asleep, except my body was feeling like it was floating, and it felt almost like I couldn’t move my arms or legs, so I kept twitching them to make sure I could. That may have been counter productive, but next time I will know what to expect.

So I kind of liked being a voodoo doll. I accept that there is no magical thing that will get my pregnant. The only way is the old fashioned way. But acupuncture is said to help…so I say…WHY NOT??? Bring on the needles!