Am I Really That Horrible of a Wife?

Home/About me/Am I Really That Horrible of a Wife?
Previous Next

Am I Really That Horrible of a Wife? 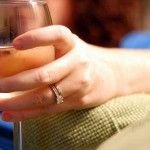 I will admit here and now that I really want to be a good wife. I try to be as domestic as I can, and I honestly do care about what my husband wants. Post college I finally realized what I was meant to do with my life, and that was to be a good wife and mother. Although sometimes I try in vain, I really do want to succeed. This past weekend The Captain and I went into Manhattan to do lunch with some good friends, and to watch football at another friends apartment. I knew I did not want to stay in the city for the game, so I made it clear that my husband should stay in the city with his friends, and I would just drive home when I felt like it. It was perfectly fine with me. But in the true nature of Mars and Venus communication…Captain Awesome wasn’t sure if I was fine with the situation..or if I was just saying I was FINE and really meant I wanted him to come home.

I left when I wanted, and I left him behind. I was actually very excited to go back to our home, open some wine and enjoy a girly movie that The Captain would never have watched. As a matter of fact, I watched Julie and Julia. (when will they make a movie about my blog?) It was just wonderful. But as I got home and settled I started to get texts and calls from The Captain. He asked me over and over if it was OK if he stayed…and how he wanted to come home and watch the Eagles game with me. I could tell right off the bat that he didn’t REALLY want to come home..I knew he was coming home because he thought it was what I wanted. So to make him feel better I told him that I didn’t want him to come home..and I didn’t want to watch the game at all. To be honest I was more than fine with the situation. But he didn’t believe me. I can only imagine what his friends thought as he sat there going on and on about how he is worried that I was mad at him. Am I really that horrible? I feel like he made the others think I was going to beat him or something if he came home later than I wanted him to. As the evening went on I got a call from my mother telling me “don’t be mad at your husband.” What??? He called my mom??? I explained to her that I was in no way shape or form mad at him. He used the pretense that he called her to talk about football…but I know he was calling to ask her if I was mad. Again I will ask…am I that horrible? I had no idea that I made my husband squirm and worry about doing what he wanted. Now I feel bad.

I NEVER wanted my husband to be scared to do what he wanted to do. Am I a horrible wife?