Home/motherhood/2014: Oh What a Year
Previous Next 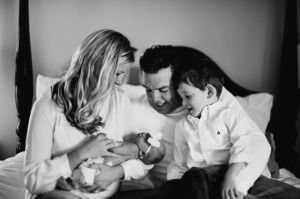 Sometimes when I sit down and reflect on the year that past I am amazed at how much things have changed. Since my son was born most of the change in my life was all about him. I watched him grow and change every day, but this year was different. This year I changed and my family changed. 2014 began with me feeling sad that I was not pregnant with my second child. I had no idea what the year would bring. I had hope, but there were no guarantees. Would it bring more sadness? Quickly news of my pregnancy came and thus began a whirlwind of a year full of emotions and change. What a year!

Let’s begin with the first few months of the new year. I found out I was pregnant at the end of January. I literally felt like I was having a nervous breakdown. I couldn’t go through losing another baby. I also had a lot of trouble with the unknown. Since I was seeing a fertility specialist I was monitored closely. It was both a blessing and a curse because I knew all the good and the bad. I had scares when my progesterone dropped and I felt my emotions would burst. I sometimes had trouble getting through the day with out tears. The first few weeks and months dragged on. Luckily each sonogram appointment showed us that our little baby was growing strong.

I feel like I felt sick for most of the year. I will admit I didn’t love pregnancy this time around, but knowing that my baby girl was growing strong in there made it all worth it. I think one of my favorite events of the year was our gender reveal party. I can’t tell you the happiness I felt all day. We were surrounded by our friends and family and just the buzz of excitement from everyone made me smile. I could really feel that everyone cared about this little baby in my belly. Then when I found out I was having a daughter, and everyone cheered I was in heaven. It’s hard to describe that feeling. I wouldn’t have wanted to find out any other way. Makes me wish we did a party when I was pregnant with our little man!

Another great moment was telling our son he was going to be a big brother. I wasn’t sure how he’d react but he couldn’t have been more excited. From the first moment he found out through the rest of the pregnancy, and once she was here he has been a shining star in the big bother department. I must admit I was nervous…but he proved me wrong. I still can remember his little face when we told him the news at 12 weeks. He wanted twins…a boy and a girl and named them Girl Girl Fly away and Hop Hop Super Hero. Where he came up with those names I will never know. But they were his names for his sibling and I found it adorable.

Of course the highlight of the year was the birth of our daughter. She came into this world with very little stress, and I am shocked to admit it, it was as pleasant as I think a birth could be. As hard as the pregnancy was, the birth and the little girl that was born has been amazing. What a pleasant little girl she is, and life with her has been amazing.

2014 was all about preparing for the arrival of our little girl. It was a year that began with not knowing if I would become a mother for a second time around, and ended with holding two kids in my arms. I am still in awe that this little baby grew in my belly for almost 10 months. I am still in awe of my son who has taken on this role of big brother and shined. Captain Awesome was my rock through all my anxiety and stress during pregnancy. He picked up the slack and has made life as a mother of two easier than I would have imagined.

If 2014 was about preparing to become a mom of two then in 2015 I will be living it. My daughter has so much to learn in the year to come and I can’t wait to see what it brings. Who knows what will come next in our world. I can just say that I am happy to be taking the ride with my family of four. The family I have always dreamed about. I am one lucky girl.