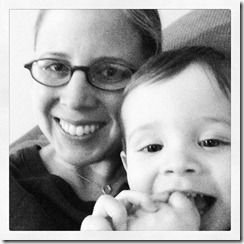 I’m so sad…so very very sad and I don’t think I’m every going to get over it. You know when you have a fabulous vision in your head of how things are supposed to go, and then the go totally wrong and not end up even CLOSE to what you imagined? What’s the saying? When people plan…God laughs? Well God laughed at my 2nd birthday plans for my son. The who day was a complete mess, and not even close to what I had imagined for my son. We had to cancel his birthday party. As a matter of fact we pretty much had to cancel his birthday because the little guy was so very sick! We didn’t even get to sing happy birthday and that makes me very sad.

Here is how the day was SUPPOSED to go…The night before Captain Awesome went out and got balloons blown up which we put in his room. That way when he awoke he’d see all the floating balloons! Once he found them and called to me I would turn on the video on my phone and watch his face as I said Happy Birthday to my little TWO year old. My family was in town, so we’d come downstairs and enjoy some time before I made him a special breakfast and let him open 2 small presents The Captain and I got him (we got him a big one that will go up at our new house). Then at 10:00 am was his birthday party where he’d get to play with all his little friends. They’d give him presents and I would then be able to know what presents he didn’t get so I could get them for Christmas. Then he’s nap….after nap the whole family would travel to build a bear where we’d build a special birthday stuffed animal, and to end off the day everyone would come to our house for Chinese food and to sing happy birthday once more to my little man. What a special day!

That day didn’t happen. Not even close. In the middle of the night I heard retching. I ran to his room and paused at saw the balloons. I didn’t want it to be a false alarm and ruin the “balloon surprise!” (yes this thought really ran through my head). But I jumped the gate and saw my son throwing up. He looked so scared. So I ran to him and realized that most of it was all over already. He looked up said “Balloon” and that was the extent of the balloon excitement. Who could blame him? He proceeded to be sick all night long. As I sat rubbing his back waiting for the next round I thought to myself…I can’t believe I am going to have to cancel his birthday party. I honestly didn’t see it coming. He was sick all night and into the morning. Such a trooper. The party was cancelled but my whole family was still there and got to encounter the whole day.

That afternoon I had planned to show everyone our new house…get things measured for furniture and even had a carpet lady come so I could order carpets. This plan was also ruined when my son who my father in law was driving around sleeping in the car woke up and puked all over himself. Once I found I couldn’t even think. I felt so horrible. I wanted to cry…I almost did…but had to pull myself together. Nothing got done.

That night the little guy was so exhausted he was ready for bed before cake could be served. Not that he’d have eaten it anyway, but 2nd birthday candle was left unlit. We didn’t go build a bear and he couldn’t have cared any less about any present that he opened. It was so sad.

The day was ruined. He’s still sick and we STILL haven’t sang happy birthday! I will never get that second birthday back. I know he had ZERO idea what that day meant. Lucky for that, but I knew. I dream so big for him all the time, and I wanted the day to be so special for him, for me, and for the family. It wasn’t. Not even close. Will I remember the day forever? Yes…at least we got that memory. But that day will never be like it was supposed to.