Isn’t It About Time You Had Another

Isn’t It About Time You Had Another 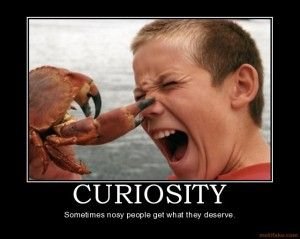 There must be something about your child turning 3 that makes people decide that it’s about time they put their two cents in regarding the size of your family. I think it’s the same “something” that has people asking newly engaged people when the wedding date is, and newly weds when they want to have their first kid. But what people don’t know is that it isn’t always in those people’s control. I was one of those people at one point in my life. That is until I started the journey of starting a family of my own, and came to the hard realization that having a baby is one of those things that you can’t have “just because you want it”. And that is why I find myself wanting to slap those people in the face these days.

Them (with a knowing look in their eyes): ” oh wow…It’s about time for another!”

Now I know they don’t mean any harm. I honestly believe that, but those people don’t know what is going on in that persons life. Maybe they only want one kid? Maybe they are struggling to have one? Or maybe their child is a HUGE handful and they want to wait a bit longer for another one. Either way, all those scenarios require a much longer explanation, and that is why most people just tend to smile…say YUP! and move on.

But not me. Nope! I like to make that person feel just a little bit uncomfortable. I like to say.

I feel like this statement covers my bases. People know that I want another child, and that I am struggling with that. And to be honest, I hope it makes them feel a bit bad about asking. Is that mean?

Maybe I am just sensitive. As a matter of fact I know I am just sensitive and that I should just smile and move on because there was no mal intent, but I can’t. When someone says “well it’s about time for another one” I want to just shake that person and say “don’t you think I know that!” but that would be just awkward and not socially acceptable. So I don’t.