8 Weeks and a Snowstorm

Home/first trimester/8 Weeks and a Snowstorm
Previous Next

8 Weeks and a Snowstorm 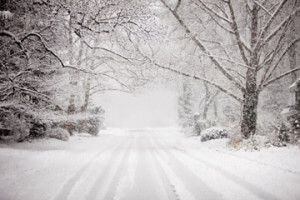 Yes, I am crazy (but we knew that)…I wrote this after my 8 week appointment with my OB

As I mentioned previously my mom came to stay with me to keep me sane, but it seems that this winter, with every one of her visits comes snow. No joke, we get a storm almost every time she has come since January. That being said, I am so thankful she was here, because during this particular snow storm I had my 8 week appointment, and I wasn’t going to miss it. So with her here Captain Awesome and I were able to be extremely stupid, and brave the storm to make said appointment. It definitely was an adventure.

I was in denial that a HUGE storm was coming…maybe this once they would be wrong this winter? Maybe? Nope! It wasn’t in the cards. The night before I didn’t sleep at all. I never do before a sono. I have too much on my mind and I don’t sleep well. Schools were closing left and right even the night before the looming storm, but still I had hopes. Silly me.

The snow came…and it came hard. Blizzard conditions! Roads were being closed, but I was determined to keep my appointment. The OB called to see if I was coming and I assured them I was. I moved my appointment from the farther office I was supposed to have the appointment to the closer one (when I made the appointment there was none available at the local one, but I guess the storm opened some up!). The Captain’s was home from work, and I luckily had my mom here to stay home with my son. If I had to put him in the car I never would’ve went. I was glad that wasn’t the case.

My mom has an explorer so we hopped in the 4 wheel drive car and braved  the storm. The weather claimed that it would turn to rain right before our appointment, and it did. Roads were bearable, and we set out very slowly. Was it the right decision? Probably not…I get that. But for my sanity I HAD to go. I needed to see that baby in my belly still growing…so we went.

Everyone at the OB’s office told me I was nuts. I told them I know…but my sanity was at stake. I got the sono, and right there was the little heartbeat and growing baby. Another milestone has been reached! I breathed a deep sigh of relief! Since all went well I was so happy I made the snowy trek. I could breath.

So we passed the milestone that most people wait for! Unfortunately, I know too well that there are no guarantees, but I’m hopeful. I am feeling better than I have in weeks and that is saying a lot. No snow storm is stopping this girl!