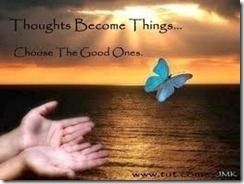 The moment you find out you are pregnant is the moment your head begins to spin, and thoughts come tumbling out left and right. It’s funny how life changes because each time I read the positive pee stick, a different stream of thoughts came out. The first time I was like “Oh SH#*”! That’s because it happened so fast and a little before we thought we were ready to have a baby. The second time…after so much heartache and sorrow I felt so much relief and happiness (followed by panic and being terrified of another miscarriage). I felt like my dreams really could come true. The third time was different then both of them. Actually, it was a combination of both with an “OH SH*# am I really doing this again”, followed by an “oh my goodness I am so relieved to have it happen so fast”. After that though it was different than both times. After that in the back of my head I had fear. Fear that I wasn’t ready to have another kid yet. Fear that our kids would be closer together than I originally thought, and now, after I lost the pregnancy I can’t even believe that I had those thoughts. How could I be so ungrateful? I promise, in the future to only feel gratitude, because that’s what is right. “God giveth and God taketh away” right?

In “my plan” I wanted my kids 3 years apart. I wanted to start “trying” in December, but with more thought decided November would be best just to give me extra time to get pregnant with out feeling nuts. Low and behold on our first try we got pregnant. I had a feeling I was pregnant for some reason. I can’t explain it, but I just knew so when I took the test my suspicions were just confirmed. I told Captain Awesome and he was so happy. At some points I was worried he was even happier than I was, because I was like “wow, our little guy won’t even be 3 yet….Will he still get the attention he needs? Will I lose patience with him while pregnant?” So many things went through my head.

I honestly felt bad for poor baby number 2 already because I had so much going on in my life I barely had time to focus on being pregnant. I was stressed with moving, stressed with leaving our house, and most days I just plain old forgot. I remember with Christian feeling so much happiness. I barely had time to feel that this time. Is that normal?

I kept telling myself not to be worried about the pregnancy. I mean…what are the odds of another miscarriage? (actually, the same 20% each time my doctor tells me) I went against my better judgment and bought the “I’m going to be a big brother” t shirt to tell the family. I didn’t want to in case something went wrong because I knew if it did the idea of telling by the t shirt would be ruined for me forever. But I did it….Now I regret it….

It’s not fair that I have to have so much fear now. It’s so sad that I know all too well what can go wrong. But no matter what I promise to be nothing but grateful if I am lucky enough to get pregnant again. No more fear (OK, maybe a little fear of actually giving birth). Those thoughts haunt me now. The fact that I was so uncertain haunts me because in the end I wish nothing more than to still be pregnant. But I’m not.

Now the unknown future can haunt me. I can really only look forward now because nothing can be done about the past. It’s over. I can feel sorry, mourn and move on. And that’s what I am doing. I’m ready to send only positive thoughts into the universe. Hopefully…that will count for something.