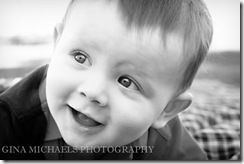 I couldn’t believe that the time had come for my son’s 9 month photos to be taken. Didn’t we just take his 6 month photos?? When it came time to pick a photographer to take them, I was so happy to find out that my friend from college was free to take them. Gina, of Gina Michaels Photography is amazing, and both me and Christian had a blast working with her. The best part is she took AMAZING pictures, and I now have great photos to commemorate my son’s ninth month.

I had a bit of trouble deciding where I wanted the pictures to be taken. Did I want beach, woods, park? I couldn’t decide! After speaking with Gina she had an amazing location in mind that had it all! We decided on the Sands Point Preserve in Port Washington. 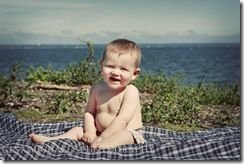 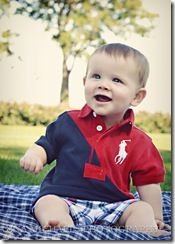 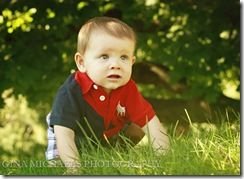 We actually had a bit of an adventure that day. It turns out that the preserve had ALOT going on. They were filming a TV show on the beach which limited our beach access (we asked if they wanted the honor of having us be in the show, but surprisingly they said no! What’s up with that??). Not that you could tell of course. Gina improvised and we got some great shots! There was a Medieval Festival with a ton of tents which made some shots tricky (for her not me of course). A wedding being set up (we totally got kicked out of the beautiful house it was being held at for being nosy!), and a North Shore Animal League commercial shoot rounded out all that was going on. Gina took it all in stride and was able to find perfect spots to take pictures.

Gina Michaels Photography is now a sponsor on After The Alter! You can check out her badge over on the right side bar and feel free to visit her site regularly to see her blog about her different shoots. They always make me smile!